Myths and legends mentioning Aradia abound, describing her as a powerful witch but it is also said she is the daughter of Lucifer himself. She occupies a focal point in modern paganism because of the many stories depicting her as the Queen of Witches.

Aradia is a name you will often hear in neo-pagan stories; she is described as the queen of witches and moon goddess in some Wiccan narrations. She started off as an important personality in American writer Charles Godfrey Leland’s work that dates back to the late 1890s; Aradia is said to be a witch-Messiah meant to teach witchcraft to poor people so that they could find liberation from the rich and the Roman Catholic Church. Leland put together a “Gospel of the Witches” which, as he would allege, was based on ancient knowledge handed over by pagan witches from Tuscany, Italy. The author believed that his Gospel came from sacred text consulted by pagan witches. These assertions are but Leland’s. It has not been confirmed as to whether his resources were truly trustworthy.

This happens to be one version of the origin of Aradia. Other folklorists believe that Aradia existed before Leland’s work, and that she was a supernatural being from Italy. 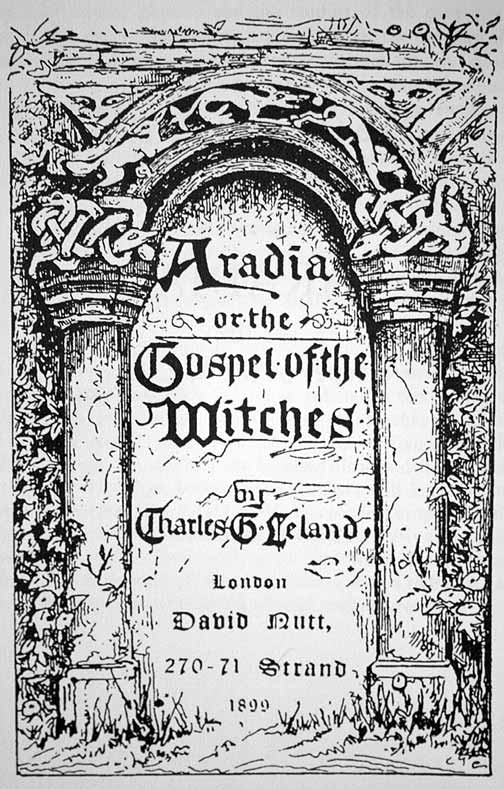 Aradia, the daughter of Lucifer

According to Leland’s version, Aradia was the daughter of a deity called Diana who was considered a force of good as the Roman goddess of the moon. However, Aradia’s father was the chief of the devils, Lucifer. Aradia herself was a beautiful and powerful witch, with no other human having the possibility of getting the upper hand over her, related Leland.

Regardless of the true source of the character, Aradia is now an important ‘personality’ among witchcraft-practising modern pagans. Some even take her as a deity. As Wicca has developed further, Aradia has come to occupy a central place in its beliefs and traditions. With time, however, her story became adulterated with many other myths and legends.

Consequently, new books were written about her such as The Charge of the Goddess. The materials on which the new stories were based are also not confirmed to be reliable. Besides, a great proportion of these later works are based on Leland’s book.