The Moon has been an inspiration for writers and other artists throughout the ages—it is, no doubt, the muse of hundreds of thousands of humans having lived on Earth. Yet others view our satellite as a means of comfort; how many lovers suffering from separation have written poems in the name of the moon? As much as the heavenly body has its place in the world of art, it is also the subject matter of many a superstition, specially when it is at its biggest and brightest – the full moon. 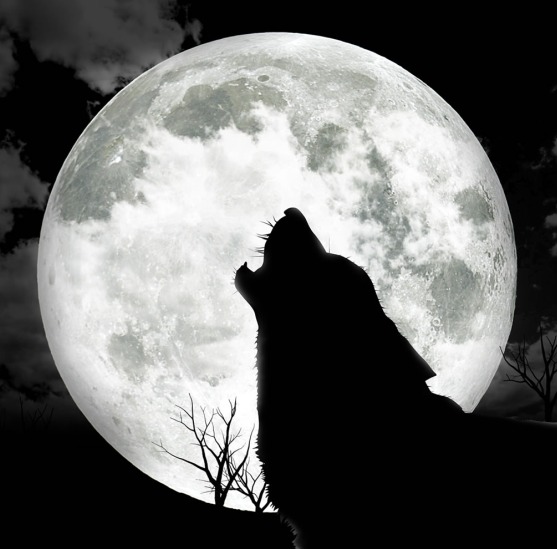 Below is a list of myths and legends attributed to the full moon. [Find part I here].

1. Full moons on a Sunday are bad omens, say some people.

If this heavenly event happens on a Sunday, you better watch out for bad luck. However, if they occur on Mondays (yes, the greatly-dreaded Monday), they are signs of good luck. The name ‘Monday’ itself has been derived from Middle English “Monenday” which means “moon day”.

2. The full moon might be exerting its power on humans by triggering blood loss, goes yet another myth.

It is said that doctors will sometimes not go forward with surgical procedures on full-moon nights because they believe that there is a greater risk for the patient to die from a loss of blood. It is also added that people experience more gastrointestinal bleeding during full moons. However, as with the other myths pertaining to the nefarious effects of the moon on the human body, science has not found any evidence to support the theories.

Other people believe that weird things are bound to happen during full moons. But, the thing is, strange things are always happening on our blue little planet – the other days will also often be punctuated by odd, peculiar happenings. Perhaps, this belief sprouted out from the mind of man because they are actually preoccupied about such myths, and are, therefore, more susceptible to finding those ‘strange things’.

4. Ko Pha Ngan Island in Thailand celebrates every full moon with a party

Bizarre events or not, some will party just because. Full moon celebrations are a thing in some regions of the world. For instance, an island of Thailand named Ko Pha Ngan is famous for its Full Moon Party to which thousand of people flock every month.

If people go crazy during full moons, what are the possible consequences? According to some, crime rate increases on these nights because of the moon. Yea, right. Blame the moon for the action of man – it cannot defend itself, so, yea, go ahead, and say it is its fault! An explanation for this might be because of the greater visibility during these nights which would encourage criminals to go forward with their mischievous activities.

Indeed, so many legends describe how the full moon causes humans to go bonkers. Know that animals have not been spared either. Dogs are thought to become more aggressive; they also allegedly bark and howl to a greater extent. So, now, on top of watching out for werewolves, you should be careful of angry dogs as well during full moons!

Lions are often mentioned in full moon stories. It is said that they will uncharacteristically hunt during the day after a full moon, even if the norm is to forage at night.

Full moons also have a say in your dreams. This one appears to be supported by a scientific study carried out by a team from the University of Gothenburg based in Sweden. The findings thereof hint at a link between the cycles of the moon and sensitivity to disturbances: the subjects of the study would allegedly take five more minutes to fall asleep, and they also slept less, while having more REM sleep, the phase of sleeping associated with the process of dreaming. However, this result is not corroborated by other research.

Now, how about a deadly combination? Imagine what could happen during full moons happening on Friday 13. The latter is already thought to be a day of bad luck when bad things can happen to good people, and what not. Add this to the general bad luck associated with the full moon. I even wonder how are we even alive!

If you’re sick and you look at the full moon, you will only worsen your condition, assert others; or, you could even die. Yes, that’s yet another superstition: sick people are told not to gaze upon the moon because this might harm their health.

And from here we list the 5 most stupid full moon myths…. which are hard to explain due to the fact that logic ran away when we arrived at this point of the article…

11. Sleeping under the full moon is also harmful, according to another belief.

12. Another baseless belief is that seeing the moon over the right shoulder is a good omen while doing the same action from the left shoulder brings bad luck.

13. Some people do not start a new business during full moons because of the fear of bad luck.

14. Showing the finger is bad manners, right? Some say that showing a finger at the moon will bring bad luck on the person.

15. Yet others think that full moons are the perfect time to be a good neighbour: one should avoid arguments with neighbours as this could come with serious consequences. Seriously? Only during full moons?