Rauðskinna was an Icelandic book on black magic authored centuries ago. But was it more than just a book? Myths have it that it was also one of the most dangerous black magic script which ever existed.

Rauðskinna is a legendary black magic book, perhaps, even the darkest of all works written on the topic. The title is Icelandic for “Red Skin”. Its name was derived from its red cover with gold runes written on it. It is said that the purpose of the book contents was meant to use magic to fight Satan.

Who was the real author of the Rauðskinna?

Who do you think authored this dark book of spells? Witches and wizards, perhaps? Experienced monsters and devils of some sort? Surprisingly, it was composed by a Christian bishop named Gottskalk Nikulausson (1469-1520) who was the Bishop of Holar from 1496 to his death. How can someone of such a religious background author this type of book?

Who was Gottskalk Nikulausson? He is said to have come from a practicing Christian family. He was the successor to his uncle Olaf Rognvaldsson who was also a bishop. However, in spite of living in a Christian environment, Gottskalk Nikulausson was apparently very, very removed from the values he himself taught. According to historical records, he was a manipulative, cruel, and dangerous man who used his status as a bishop to move forward in life. He also had more than one lover. If these were not enough vices, wait till you hear more. He has been described as obsessed about ancient knowledge pertaining to the darkest of black magic ever. Thus, the many years during which he gathered the knowledge ultimately led to him authoring the book. His main goal was to make Satan submit to him so that he could conquer the world. 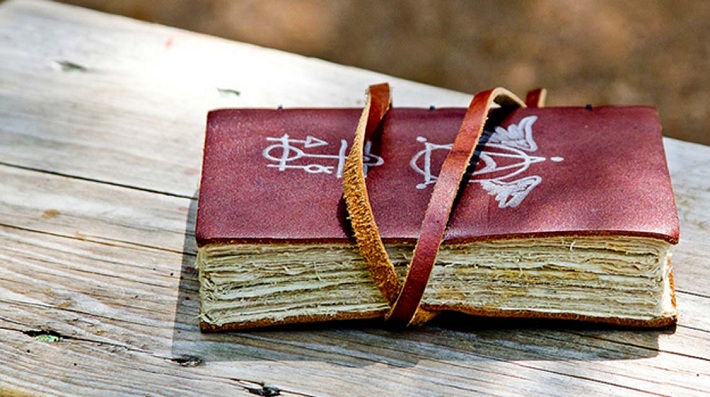 What Happened to the Book?

Rauðskinna was buried with its author at the latter’s death. It is said that the grave (with the book in it) was eventually destroyed. Yet others believe that the grave is still in Iceland.

200 years after the death of Gottskalk, another man came forth with an interest in dark knowledge. Named Loftur, this individual wanted to dig out the book to master the knowledge attributed to Gottskalk. Loftur was thought to have delved in black magic before he set out looking for the book. He was also causing mischief among his people by using his knowledge of black magic. However, he never fulfilled his ambitions. Historical records relate that he died before becoming as powerful as Gottskalk, and that the book remained away from his curious hands.

Legends and myths surrounding the lost city of Atlantis - Atlantis, a legendary 'lost' continent or city, will often be mentioned in fantasy stories. It has inspired writers and philosophers throughout time. It is often associated with amazing stories of utopian...
Read More